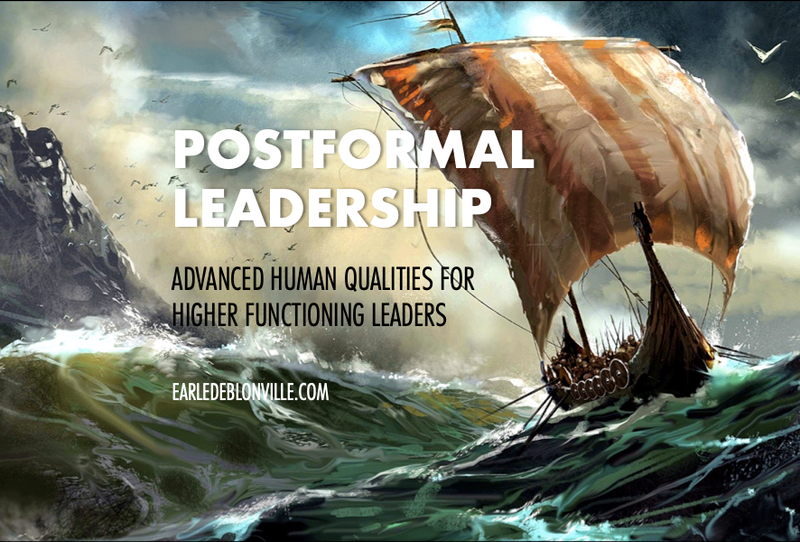 The Future of Leadership.

We have entered a new economic and cultural era.

And new Leadership is a critical part of this new world.

It was the product of old industrial era thinking.

It was a simple skills-based approach focused on externalised behaviour.

It was created to suit hierarchical, process-driven organisational structures.

It was designed to measure humans and outputs as if they were machines.

The future of Leadership is Postformal,

It is scientifically based on higher adult development.

Postformal is now the most widely used psychological term for higher order thinking.

It is the natural, humanistic approach of complex and higher functioning people.

Postformal is the most mature way for people to think, develop and lead.

Postformal Leadership is the first fully integrated approach to Leadership.

It was developed from the ongoing Doctoral research of Earle de Blonville.

It harnesses the natural human qualities of higher functioning adults.

Postformal Leadership could change how your enterprise attracts and develops the very best talent for a new Leadership era.