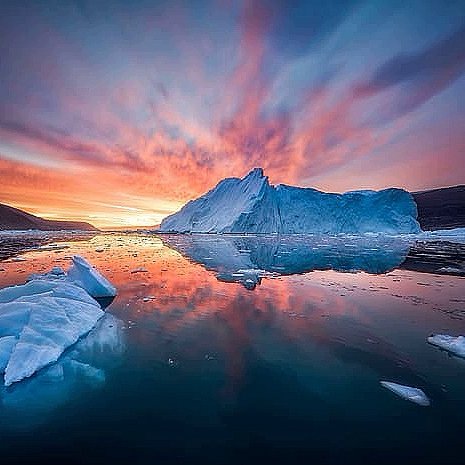 Few people understand what leadership is until they undergo the baptism of fire in real leadership situations, especially when it’s unexpected, with no exit and no backup.

Forget Business School fads and fashions. The reality is that under duress the human mind contracts to survive, and fashionable theories are forgotten. This is why climate crisis is now challenging old ideas of leadership and new practical thinking based on hard core experience is vital.

Earle offers you and your organisation lessons from real and often complex leadership situations encountered by him and other explorers in dangerous places far from civilisation and with no possibility of rescue. He adds to this with real world insights drawn from his executive leadership coaching.

A $2.5 million, 12-month project covering 5,800km in sea kayaks and yacht, from the Southern Ocean to the Arctic, via the UK, Ireland, Iceland and Greenland, with a nine-man team, including film crew. A one-hour TV documentary film was released internationally.

A 6,500km sailing voyage of exploration in Arctic Greenland and North Atlantic crossing.

A 350km sea voyage in traditional unassisted man-powered sea kayaks across one of the most dangerous navigable straits on earth, graveyard to over 1,000 vessels.

Scientific research of totally unexplored region of eastern mountains, with 30 scientists, support them and undergraduates. Produced the most successful ANXSES expedition to that time, setting new operational and reconnaissance standards.

A 10,000km expedition across Australia. First Europeans to reach Quail Creek in the Prince Regent River gorge, with Aboriginal guides, undertaking scientific research for the Museums of Victoria and Western Australia.

A 70-day, 1,600km voyage covering one of the wildest west coasts on earth, surviving the biggest west coast storm in history.

Topics tailored to your needs:

Earle is an experienced keynote and plenary speaker who wows audiences. He is also a lively, intelligent panellist with exceptional knowledge across a range of fields. He prepares thoroughly by researching his clients' industry sectors and operational environments to ensure his presentation meets their needs, plans and level of engagement.

Contact Earle by email to discuss your plans: earle (at) deblonville.com

“Held the audience in the palm of his hand. Very relevant for businesses encountering challenges in uncertain times. Amazing insights, inspirational.” - Switzer Group

“His amazing story of entrepreneurship and survival provided an inspirational link to the tenacity and perseverance required to be successful in business today." - Entrepreneurs Organisation

“Brought many of the key leadership conference themes to life. Engaging and memorable.” - National Australia Bank